Kindly advise me what steps should I take in case they say they can’t help me. I should state that I never dropped the phone nor put it in water.

I think you should go back to the store and explain how they’re breaking several different sections of the Consumer Protection Regulations.

Section 13 (1) (a) of the Consumer Protection regulations is very simple. It requires stores to sell things that are “of merchantable quality”. In other words things should work on the day you buy them and they should keep working for a reasonable time. They’ve certainly broken that one.

When they suggested that if the screen is damaged you don’t have a right to a repair they broke Section 17 (1) (d) by causing “a probability of confusion” about your legal rights.

They broke Section 17 (1) (e) when they disclaimed “the implied warranty of merchantability and fitness for use” and Section 17 (1) (f) by inventing that bit about the screen not being covered by the warranty unless you “specifically consented” to waiving your rights to a warranty for the screen. They can only refuse to repair the screen if you signed an agreement saying you accepted that condition when you bought the phone.

Finally they broke Section 19 of the Regulations which says they’re not allowed to irritate Consumer Watchdog by trying to avoid their legal obligations to serve customers with respect. 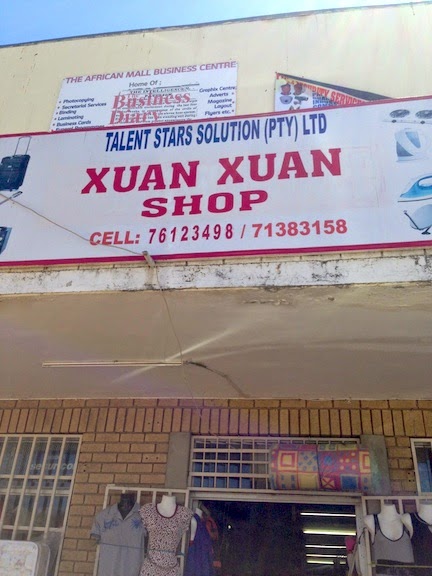 This wasn’t the only store selling cellphones to abuse a consumer’s rights in the last couple of weeks. A reader contacted us to complain about the Xuan Xuan Shop in the African Mall in Gaborone. She bought a P450 Yestel cellphone (No, I haven’t heard of them either) from them only for it to start freezing within days. She returned it and the owner quickly replaced it but the replacement also only lasted a couple of days before freezing as well. When she took it back a second time the impatient owner told her that yes, she could have a refund, but only 80% of what she paid him. He was planning to deduct 20% because of the bother she’d caused him.

Well, that’s just too bad, isn’t it? Does anyone care that he’s been bothered? It’s his customer who’s had the bother, having bought an item that clearly isn’t “of merchantable quality”

To make matters worse he had already ripped up her receipt in front of her when she got the replacement so she no longer had any proof of purchase to use if she took action against him.

So we paid Xuan Xuan Shop a visit only for the manager to shout at us and insist that their customer wasn’t getting her refund whatever we said. He completely refused to budge and to be reasonable.

The lessons from this are simple. Stand up for your rights even when dealing with someone who is unreasonable and refuses to honor their obligations. Secondly, listen to your family, friends and colleagues when they warn you about where you should buy things. Finally, yes you ARE allowed to judge a store by the way it looks and they way the behave and you are certainly entitled to spread the word when you’ve been abused.
Posted by Richard Harriman at 07:17