Hello Consumer Watchdog. There is this investment company by the name OptionRally based in Switzerland. I wish to get your advice on how genuine it is and if there are any Batswana who trade with it is a scam.

OptionRally claim to offer trading in "binary options" which they explain as follows:


"Binary options are also known as fixed return and digital options. They can be used to trade underlying assets and Binary Option Brokers payout pre-determined profits and losses which are known to the investor even before their options are executed. In particular, when any of your binary options finishes in-the-money then, as an OptionRally registered member, you will be paid a profit as high as 78% of your original deposit."

Let's face some facts. If a 78% profit was possible don't you think the banks, legitimate investment companies and Governments (those with spare cash) would be investing in them? If they’re not why do you think we amateurs should?

I'm not the only one to be suspicious. I found several warnings online about them and companies like them who make extraordinary claims about the profits that can be made. (See here, here, here and here.) 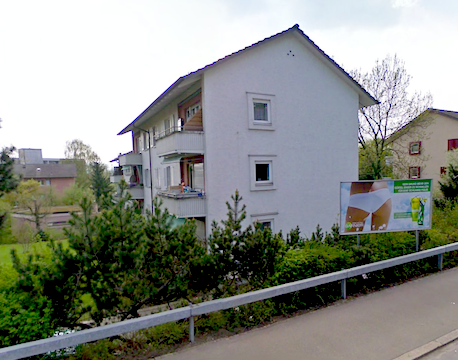 I went to their web site and registered under an assumed name and they phoned me the same day. Despite claiming that they have an office in London they admitted that they’re not registered with the UK's Financial Service Authority which I find suspicious. That’s another clue about them. As far as I can establish they aren’t effectively regulated anywhere and although they claim to be based in Switzerland the address they give is of someone’s apartment.

Finally I found this quote about the binary options business from Gordon Pape, writing in Forbes magazine:


"If people want to gamble, that’s their choice. But let’s not confuse that with investing. Binary options are a crapshoot, pure and simple."

I received a call from Hotel Express offering me a package for hotels. I explained clearly how I didn't have money for the package at the time but would let them know when I had money, the lady (Chantal) asked for my card details to keep on file until I have money. A few minutes later another woman called me to confirm if I had spoken to Chantal and that when I have funds available I would join, I said yes, knowing I had spoke to Chantal explaining how I didn't have money and how I would let her know when I'm ready. At the end of the month my account was debited about P2900. I called to ask for the money back since I didn't not authorise the payment, but they are refusing.

We’ve dealt with complaints from 10 different people in the last few weeks, all with roughly the same story. They get a call from Hotel Express in South Africa who invite them to join their travel discount scheme, offering them discounts on hotels, car hires and flights. As part of the sales process they ask for the potential customer’s credit or debit card details either “to keep on file” or to check whether they are eligible for Gold or Platinum membership. Every time, they claim, they did not give permission for Hotel Express to actually deduct money from their accounts but that’s exactly what happened. Without explicit permission they get enrolled, their bank balance is depleted and they have trouble getting their money back.

We’ve sent all of these complaints over to the Hotel Express but we’ve not made much progress.

Given that the discounts offered are largely restricted to South Africa and similar discounts can be obtained elsewhere for free, you have to wonder what the point is? Just for example, we booked a trip to Joburg a few days ago and booked a suite in a hotel at a discount of 39%, just by going via their web site. And did we pay to join any discount scheme? Of course not. In fact if you compare the rate we’re paying against the highest “rack rate” the hotel quotes we’re making a saving of 65%.

So why would you need to pay to get a discount when hotels give them away for free?

The lesson is simple. Do not join Hotel Express and whatever you do, don’t give them your card details.
Posted by Richard Harriman at 15:00

Got another warning: TelexFree, the brazilian / American ponzi, may be spreading to Africa, as they are holding some sort of meeting in Ghana, despite being frozen in Brazil