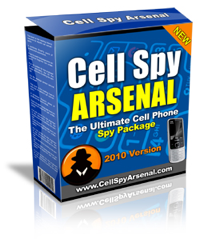 I found this website (www.cellphonespymaster.com) but am not sure if they are genuine.

Could you kindly check out the above website and let me know if the advertised product works as claimed or is just another scam. Thank you.

I’m very suspicious about this site and the product they offer.

The web site begins by saying:


“Discover a Legal Way To Spy On Any Cell Phone, Without Leaving Any Trace and works Worldwide!”


“Have you ever been curious as to what your boyfriend, girlfriend, husband or wife is chatting about on their cell phone? Now you could listen in 100% completely undetected. Using the same exact technology as private investigators and law enforcement agencies worldwide, you could now see who they are calling, read their text messages, listen to what they are saying and even see pictures they have stored on their cell phones and much more.”

I simply don’t believe that. I find it unbelievable that the security services of government around the world are using technology to tap people’s cellphone conversations that’s available on the internet for $59.99. We’ve all read recently about the amounts our security service has spent on the technology they need to spy on criminals and terrorists, do you really think you and I can do the same thing with software we downloaded from a poorly constructed web site?

I’m no expert but I can’t see how this could possibly work. They claim that you can “install it on any cell phone model”. That’s just nonsense. The same piece of software works on a cheap phone and a hugely complex iPhone or Blackberry? No way.

There is also the final problem that even if this WAS possible it would almost certainly be illegal. You and I simply can’t go around STEALING other people’s cellphones, installing software on them and them spying on their conversations. Even the security services of democratic countries like ours have to fill in forms and get legal permission to do this. You and I would end up in prison for doing so.

So don’t waste your money on this so-called product. It’s almost certainly a scam.

In January 2011 I bought earrings from someone who told me they were gold. The earrings cost P160 of which I paid her P100 as a deposit. Within a week of using the earrings the gold came out and they changed colour to brown. I returned the earrings to her and asked her to refund me my deposit or replace them with another earrings of which she agreed. I kept on asking her when will she refund or replace the earrings up until this May she told me that it wont be fair to her if she replaced the earrings or refund me because I didn’t pay the whole amount of the earrings. She said she can’t use the earrings as I have worn them, and the only thing that she could do is refund me part of the amount I paid.

I just want to know my rights concerning the issue, as I don’t know what to do anymore because she is giving me hard time on this, to my knowledge I thought I should get the refund of my deposit not getting the earrings and part of the deposit paid back.

I think this is quite simple. The earrings she sold you were not of merchantable quality and they probably weren’t even gold of any quality at all. Even if they were real gold they’re going to be incredibly nasty for a mere P160.

I suggest that you write her a letter saying that she has broken her contract with you by not giving you what you bought. Give her seven days to refund you your money in full or you’ll take her to the Small Claims Court and ask them to force her to give you a refund.

I bought a lounge suite for P9,999.99 from a furniture store in May 2009 but in November 2010 I complained about the condition of the items only to be promised that they will send their repair agent and find material to repair the suite. Even today there is still no assistance coming from the store despite me and my wife making endless follow-up calls with the managers. We sometimes make phone calls only to be promised immediate action either before close of business that day or first thing the next morning. They say that action will be taken and feedback will be made by phone call to us but none has happened to date whilst the items we bought are getting worse by the day. The only phone calls we sometimes receive from them is only when they want to know when are we going pay our next installment.

This is clearly very poor service from the store. While the goods are under warranty the store has an obligation to promptly attend to any problems. Also just ignoring your requests for assistance is just rude.

You have a right to have your furniture repaired and put in a condition that might be expected given their age. You obviously can’t expect them to be made as good as new as you’ve been using them for a while but you can and should expect the store to make them usable considering their age and the general wear and tear they would have experienced by now.

We’ll get in touch with the store and ask them when they plan to honour their obligations.
Posted by Richard Harriman at 10:13