Can’t they refund me?

Good day Richard. Please help I sent my brother to a pharmacy in Mochudi to buy blackseed oil and he bought the wrong one. He bought the one for the hair but I wanted the consumable one now they are refusing to return it. I called the assistant who is taking the call and she is so rude. She refused to tell me her name and hanged the phone. I tried calling several times but she is cutting my call. Their boss also refused to take my call they are saying he is busy.

The lady later called saying the boss said they can’t give me cash back rather I take something in the shop. I told them that was the last money I had and I have to buy blackseed oil because I am using it for my sinus infection. I don’t have another money to buy blackseed oil again. I thought I didn’t open it they could refund me since there is nothing I can swap with. 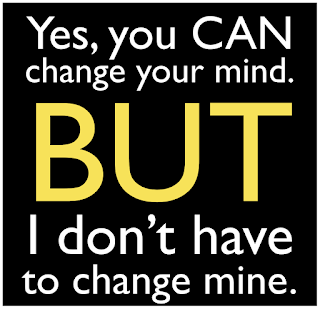 Unfortunately, this is a painful lesson about consumer rights. Consumers don’t have a right to change their minds if they buy the wrong thing. We don’t have a right to take something back if we don’t like it. Most importantly for you, we don’t have a right to return something if we bought it by mistake. The only times we can demand that a store fixes a situation is when they mis-sold something or if it doesn’t work properly. Section 15 (1) of the 2018 Consumer Protection Act says that “A consumer has the right to receive goods which are of good quality, in good working order and free of defects”.

However, in your case the store hasn’t actually done anything wrong. I know it seems difficult, but from what you say, it wasn’t the pharmacy’s fault that your brother chose the wrong product. Of course, a store owned or operated by kinder people would probably be more helpful. As you said, you didn’t open the packet so there’s no good reason why the pharmacy can’t just put it back on the shelf. Unfortunately, not all store owners and managers are as pleasant as we’d like them to be.

Here’s one other minor issue. There is actually no reliable scientific evidence that black seed oil has any real medicinal benefits. Once the lockdown is over it might be worth talking to a doctor if you have persistent sinus problems.

If you send me the contact details for the pharmacy I’d be happy to get in touch and see if they can’t be a bit more charitable.

How can I make him pay?

I need your help regarding someone who has been toying with my emotions while they owe me since last year February. I gave him money to buy me a car from Durban. At first he brought me a rundown Vitz and I didn't accept it upon viewing it. He then took his time until around December (this was supposed to take 3 weeks at most) when he brought me another rundown car that I only used for 2 days and returned it back to him upon which I told him to refund me because I didn't want to deal with him anymore. He had asked for 26k for him to buy me the car. But I had to report him to police at that point because he just took his time to refund me, excuse after excuse. Then when the police called him and he paid 19k and promised to pay the balance within a week but he is now left with P2,500 to pay he keeps saying he will pay. He had promised to pay last Friday but he just does not respond to my calls or messages. He is ignoring me basically but he has the nerve to tell me its nothing but still he is not paying it. Can you please assist me because I don't want him near me any more. I thought of blasting him on the Consumer watchdog page but I know you don't usually encourage that so I kindly seek your intervention here.

I think the key thing here is that you already involved the police. I would go back to them and see if they can’t make another phone call or two and apply some pressure to this guy. However, there are limits to what they can do. They might easily argue that this is a civil matter between two people and that no crime has been committed. You can argue that he obtained “by false pretence” but, to be fair, the Police probably have other things on their agenda right now that they’ll consider more important.

I’ll be happy to get in touch with the guy and see if the knowledge that readers of The Voice are interested in the way he does business motivates him to do a little better.
Posted by Richard Harriman at 18:43