Sometime around August last year, a member of my church went around selling tickets for a concert that was to be hosted in Gaborone. My two friends and I bought tickets for P250 each. That concert did not happen last year and we were told that they were waiting for the artist to get her visa to travel to Botswana and that the concert would happen in March this year. This did not happen either and we have been trying to recover our money to no avail. The person we paid keeps telling us that the organisers let her down and she has been promising to refund us the money but not keeping those promises. What is our recourse in this situation? Thank you for your assistance.

I can understand why you call yourself “frustrated”. I would be too in your position.

In theory, the situation is quite simple. You paid this woman for the tickets and if she can’t provide them then you deserve a refund. Section 15 (1) (e) of the Consumer Protection Act says that when a transaction is “rescinded, cancelled, or otherwise terminated”, the supplier must “promptly restore” any deposit or payment made. Note that the law says ”promptly”. It doesn’t say exactly how quickly that should be because every case is different but I think we all know when something is NOT prompt. From March to today, that’s five months. That is certainly NOT prompt. I think we can all agree on that. 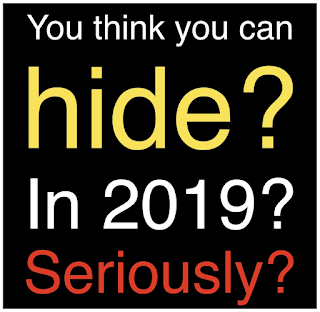 I contacted the lady you paid for the tickets and she’s been just as unhelpful to me. She’s blaming other people as well although my detective work suggest she might be more closely connected to the organisers than she lets on. She’s given me the contact details of these other people but they don’t seem interested in responding either. Curiously, I contacted the same people before regarding the same failed event. You clearly weren’t their only victim. It seems to be a habit of theirs.

I suggest that you contact her and tell her that you’ll be approaching the Small Claims Court for an order against her for the money you spent. I’ll contact them as well just so they know what’s coming. Maybe that threat will encourage them to do the right thing? Eventually.

I need clarity on something. There was an advertisement by a furniture stores for a bed which indicated that the instalment was P209 however when I got to the shop it was a different figure altogether (P349). I asked the lady in the shop about it but she said they made a mistake, I took the bed because I wanted it but I need to understand if the reason I was given was fair enough. I feel robbed. What can I do so that other consumers cannot fall into the same trap?

Firstly, let’s talk about the incorrect figure the store advertised. Technically, the store broke Section 13 (1) (e) of the Consumer Protection Regulations by selling something not as it was "advertised or represented". They advertised instalments of P209 and that’s what they should have been. However, we all sometimes make mistakes. I don’t think we can reasonably expect the store, assuming the mistake was genuine, to lose 40% of the money they wanted to make from your purchase.

The problem you now face is the you entered voluntarily into an agreement and you’re now committed to it. Personally, I think it was a mistake to sign it if the difference was so great. Unfortunately, you agreed to be a victim of their mistake.

As for preventing other consumers from falling into the same trap? I think they just need to read and understand every document they’re asked to sign, BEFORE they sign them. They also need to think a lot more carefully before signing ANY hire purchase agreement.

I also think that consumers need to educate themselves, or to be educated on these issues. Watch the media, you might see us doing exactly that very soon!
Posted by Richard Harriman at 11:41