Why are they charging me?

I would like to request your help with a recurring problem that I have with my bank. In a nutshell, money is mysteriously taken from my account and they are unable to provide me with a reasonable explanation why. Since November last year 2018 an amount of P650 was deducted monthly from my account will out my consent. When I protested to my bank, I was told that a furniture store was the one deducting my money.

The strange thing is that I have never bought anything from them ever and I wanted an explanation from my bank as to who authorized them to take money from my account without my knowledge. They failed to give me a satisfactory answer, and instead resorted to using big accounting jargon to make it appear complicated to the lay man that I am. Both would point a finger at each other and I was stuck running between them. Eventually, I had to close down the account and open a new account to solve this problem. However, I was shocked when yet again another deduction happened on the 26th of July and this time the money deducted was P900.

I don't earn much and struggle to make ends meet even without the deductions. You can imagine how hard it is to explain to people such as my landlord. I feel like the bank is taking me for granted because I have no one to stand up for me nor can i afford to seek professional help. Please help me by being that voice. 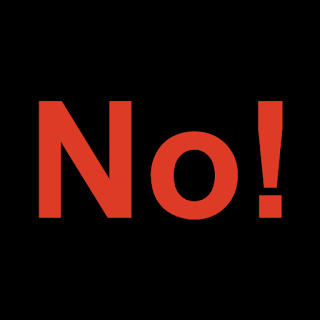 This is outrageous and completely indefensible.

I’ve already contacted the bank on your behalf asking them to investigate. Surely somewhere in their records they have the original documentation, the forms that someone completed to set up the monthly deductions? You have a right to discover whether something went wrong and how your account was used to pay either someone else’s debt or a non-existent one.

If it’s shown that this was a mistake you’ll also deserve a complete refund of the money you paid. I’ll let you know as soon as I hear from the bank.

Why won’t they pay him?

Please help my dad. He got a funeral plan in February and paid upfront up to end of August then he covered his niece then last week his niece passed away. He went to them on Friday asking for the claim to bury his niece. Firstly they said they are still assessing if they can give him the money and he should come back on Friday. Then on Friday they told him they closed the account and there is no how they can help him and now went back frustrated. Now they say they can't help him, he can't claim. He doesn't know how to read or write.

Firstly, my condolences on the loss of your father.

I contacted the insurance company and they looked at your father’s policy and the news isn’t good. The policy your father bought has a 6-month waiting period before the customer can make a claim. That’s quite a common thing with many insurance products and medical aid schemes. In your father’s case he’d only had the policy for 5½ months so hadn’t quite made it to the time when he could claim.

Then there’s more. Even though your father was the person who paid for the policy, the insurance company tell me that it was in his niece’s name. I suspect that’s because your father wasn’t able to read or write? Maybe he asked her to be the signatory? Whatever the reason, now that she’s passed on, the named policyholder is no longer around and that’s why the policy has now been cancelled.

Meanwhile, here’s a bigger question. How exactly did an insurance company sell this policy to someone disabled by their inability to read and therefore fully understand the policy they were getting? What efforts did the salespeople make to ensure that their client fully understand it? Did they explain the waiting period? Did they explain the consequences of putting the policy in the niece’s name rather than your father’s?

Section 17 (1) (g) of the Consumer Protection Regulations forbids a supplier from taking advantage of a consumer's because “of disability, illiteracy or inability to understand the language of an agreement”. Section 6 (2) of the new Consumer Protection Act of 2018 does the same thing, outlawing them from exploiting consumers due to their “physical or mental disability, literacy, inability to understand the language of an agreement or contract”. People such as your father who have the misfortune not to be able to read or write deserve to have that respected. Is that too much to ask?
Posted by Richard Harriman at 19:30