The big theme for Consumer Watchdog in 2019 will be consumer education. Lots of it.

But where do consumers need to be educated? What are the biggest threats to our welfare? What do we need to know?

We asked the member of the Consumer Watchdog Facebook group what issues they thought we should address. This is what they said.

We've discussed food labelling many times, particularly the use of “Best before” dates and “Expiry” dates. The difference is actually quite simple. Expiry dates matter, they're important, it's illegal for a store to sell something after its Expiry date. Best Before dates just offer advice on when a product will be in the best condition. There's nothing legally wrong with selling something after a Best Before date. But that doesn't make it good practice.

Who should be educating the public on food safety? The Ministry of Health and Wellness? Ministry of Basic Education? The food industry? Consumer Watchdog?

Which stage in the food chain is the most dangerous?

Look in the mirror. We consumers poison ourselves far more often than the food industry does.

Do we ever read the ingredients on packages?

This is the list of ingredients on the back of a packet of Oxtail soup. You remember that oxtail is beef, don't you? 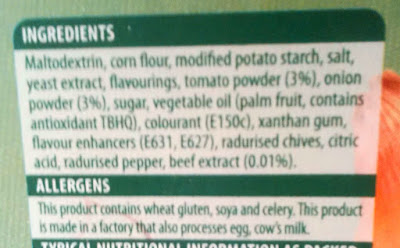 This soup is 0.01% beef. That's 1/10,000th of the packet. That's effectively NO beef at all. None. In Oxtail soup. The main ingredient is something called maltodextrin which Wikipedia describes as follows:


“Maltodextrin is a polysaccharide that is used as a food additive. It is produced from starch by partial hydrolysis and is usually found as a white hygroscopic spray-dried powder. Maltodextrin is easily digestible, being absorbed as rapidly as glucose and might be either moderately sweet or almost flavorless (depending on the degree of polymerisation). It is commonly used for the production of soft drinks and candy. It can also be found as an ingredient in a variety of other processed foods.”

Why would you want to consume this product which isn't actually food?

Is Bitcoin an investment? No. It's value has dropped from its peak at almost $20,000 to a mere $3,600, a drop of over 80%. Does that sound like an investment? But it's still being sold as a way of making money. It's also surrounded by a huge range of pyramid and Ponzi schemes.

We need a lot more education on this.

BOMRA, the Medicines Regulatory Authority replaces the Drug Regulatory Unit in the Ministry of Health and Wellness. It's remit covers medicines, medical devices and cosmetics.

But why is this important? 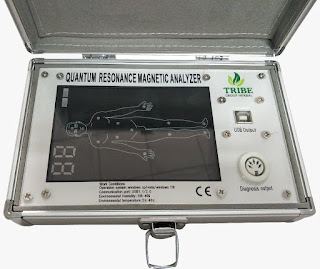 Because of companies like Green World who offer for sale a “medical scanner” they call their “Quantum Resonance Magnetic Analyser Machine”. They claim this bogus device can diagnose disorders such as:

Dangerous lies like this are why we need BOMRA.
Posted by Richard Harriman at 18:26