On the 23rd of May my television set was stolen from my home. However I had not completed the monthly payments for the TV with only three months left.

I submitted a police report to the store the week after the burglary took place and they promised to get back to us in due time. However it has been almost two months since I have given them the police report and I have not heard anything back from them. They keep saying they have been waiting for response from the insurance company but have so far not said anything concrete.

I hope your organisation can help me come to a positive result. 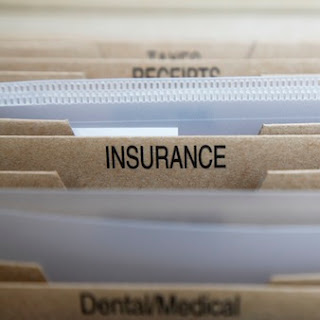 The first step is to escalate this issue so that someone senior within the company knows how long you’ve been waiting. I suggest that you call the branch manager and complain about the time this is taking. We’ll also contact the country manager to see if they can encourage their staff and the insurance company to speed things up a little.

Luckily, it seems that you’re up-to-date with your payments. Most hire purchase agreements include a clause which says that if you fall behind then you lose some of the so-called “benefits” the agreement offered you. One of these is often the insurance policy included in the agreement. If you don’t pay, the policy often won’t cover you.

I am having a difficult time with my insurance company. My car was in an accident. My friend, who doesn't have a license, was driving me to the pharmacy and got hit by a guy who didn't stop at the STOP sign. My friend was charged with not having a licence and the guy was charged with negligence.

I have been trying to get the company to fix my car as they long fixed their client's car but to this day I am still waiting. At first I was being helped by a lady who told me they couldn't fix it, so I asked for her supervisor. I have been sending him emails and he has been calling and asking me the same questions. I then asked for his supervisor who I talked to and he promised me to get back to me but I don't get any response on how far with the process unless I email them. I called him today and he said he would get back to me which I do not trust since it seems it is the only thing that they say but never do. To top it off, he told me there is a possibility of them not fixing my car even though their client did take the blame and acknowledged his fault.

I don't know what else to do as it has been 5 months of going around in circles with this company. Your response would be highly appreciated.

This might be another challenge. The biggest problem I foresee is that your car was being driven illegally. You allowed your car to be driven by someone who didn’t have a driving licence and I suspect that the insurance company is going to use that as an excuse to not pay you. Can you blame them? As far as the paperwork is concerned, at the time of the accident your car was being driven by someone who was incompetent and even though it was their client who caused the accident, they can use this situation to their advantage by spreading the blame to your friend and even to you.

In fact, you were lucky not to be charged yourself. Section 30 of the Road Traffic Act says that “no person who owns or is in charge of a motor vehicle of any class shall cause or permit any person to drive such motor vehicle unless such person is the holder of a valid driving licence for that class of vehicle.”

My advice is to wait and see what the insurance company say. That doesn’t mean you can’t encourage them to go a little faster, but don’t be too optimistic!
Posted by Richard Harriman at 15:18