Sometimes around June 2016 my husband and I purchased a set of chairs on 2 year hire purchase contract.

I then called the store and spoke to a lady who promised that the Managing Director would come to the house and advice decide on the way forward but the managing director never came either.

On the 20th March we did not pay our monthly payments and were surprised to receive a call on the 21st from the collection department that our payment did not go through and we are in arrears. My husband received another call from the collection department on the 26th inquiring if someone has been to the house to inspect the set of chairs. We are left with about 5 months for the repayments to be completed and contract terminated and we are afraid that after the 5 months we are never going to be assisted.

We therefore request you to step in and assist?

Unfortunately, you're in a very difficult position. If you buy something on hire purchase and you stop your instalments, for whatever reason, even if the store have behaved terribly, you're not entitled to any support. Also, if the warranty has indeed expired already (and they are often only for a year) the store is not obliged to remedy any problems that occur after the warranty expires.

I really think you need to catch up with the instalments as soon as possible and then see if the store will help you. Be prepared for a struggle!

Finally, if you like, I can approach them and see if there is any way they can assist you but I can't promise anything.

Hello Sir. I need your help. I bought 2 wheel caps from a dealer last week and it happened that they are of the wrong size. Now I wanted to return them but they are refusing to take them back. What can I do? 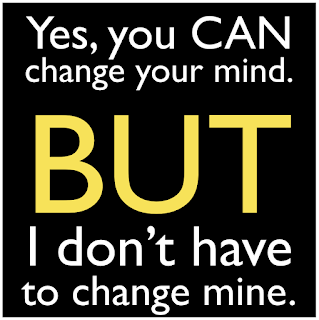 We should begin with what the Consumer Protection Regulations say. Firstly, Section 13 (1) (a) of the Regulations says that goods and services must be "of merchantable quality" which it defines as meaning "fit for the purposes for which commodities of that kind are usually purchased". In other words, things should do what they're meant to do. This also means that if something does NOT do what it's meant to do, or if it's any other way faulty, the consumer is entitled to a solution. The Regulations also protect you against being deceived by a company that sells you something. They can't tell lies.

However, there is one thing that the Regulations don't currently offer you: the right to return things if there's nothing wrong with them. I know that there are some stores that allow you to return things if you change your mind, but that's just good customer service, not a consumer right. It's not something you can demand.

But your case is obviously different. There's nothing faulty about the items you bought and you haven't suggested that they deceived you when you bought them. The dealer didn't actually do anything wrong. It wasn't their fault that you selected the wrong sizes, was it?

There's also another thing in the Regulations that matters. Section 13 (1) (c) says that goods can only be sold as new if they are, in fact, new and not used or second-hand. If the store takes these items back they could only then sell them as second-hand and nobody will pay full price for second-hands items. Would you?

Unfortunately I don't think there's much you can do in this situation other than to suggest that the store only gives you a partial discount if they take them back.
Posted by Richard Harriman at 09:04