The things that matter

I was asked recently to speak to a group of young entrepreneurs about how they should succeed in business. Me? What do I know about that? Firstly, I’m not an expert on creating or running a business and secondly I don’t trust people who claim to be experts offering advice to people, just like I don’t trust the people whose only job is writing books on management and leadership when all they’ve ever done is write those books.

However, I did feel qualified to talk about what I’ve seen, the things that appear to have helped create success and avoid failure. So here goes, a list of rules that I think will increase your chances of being successful in business. And maybe even in life. 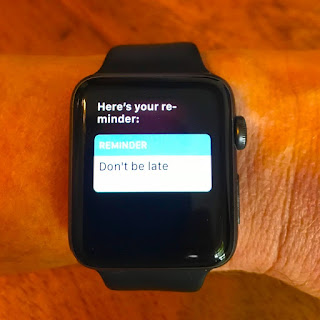 Despite all the excuses people offer about being “on African time”, punctuality is critical. If you’re due to be with a client at 9am then don’t just be on time, be there early. In fact, make it a habit to be 10 minutes early for every appointment you have. Every single time. Lateness for meetings suggests to a client that you’ll be late delivering the things they’re buying from you. Nobody will pay you for that.

Look at the countries where time is seen as something valuable. Take Japan as an example. A few days ago the BBC reported on an incident that everyone thought was amusing but I thought was inspirational. The headline was “Apology after Japanese train departs 20 seconds early” and it reported that “Management on the Tsukuba Express line between Tokyo and the city of Tsukuba say they "sincerely apologise for the inconvenience" caused. In a statement, the company said the train had been scheduled to leave at 9:44:40 local time but left at 9:44:20.”

The story went on to report that even though “no customers had complained about the early departure”, the company felt it important to apologise for not keeping exactly to the timetable they had published.

Even though part of me suspects that this was a clever bit of marketing by this company, it nevertheless says something about the Japanese commitment to punctuality. You can be sure that if a Japanese company says something will be delivered on a particular day then it will be.

So why can’t we be like that? Why can’t you and your business have the same commitment? Even if your employer doesn’t have it, why can’t you? Why not stand out from the crowd of latecomers by being the individual that is always on time?

Here’s another piece of advice, a cousin of punctuality. Be precise. In fact, why not go one step further and be a perfectionist? Why should you or your customers accept second best? You can start with the small things. I don’t care what sort of technology you use, whether it’s your phone, a tablet or a computer and what software you use to write emails, documents and presentations but they all come with a spell-checker. Use it. There is simply no excuse for speeling mistaks. They make you look amateur and trust me, nobody wants to pay an amateur to do work for them. They want to engage a professional and professionals concentrate on the small things that distinguish them from all the others.

But it’s not just spelling that matters. It’s everything. Every picture on your office wall should be straight. There shouldn’t be dust or coffee stains on your desk, litter on the floor, or chewing gum in your mouth. No matter how modest your office might be, it should be somewhere your customers can see the standards you’ve set and how well you’ve met them.

Perhaps the most difficult tip it to be energetic. Work hard. Every successful person in business and in other areas of life got there through lots and lots of hard work. They got there by working hard, by sacrificing sleep, their social life and fooling around on Facebook. They’re the ones who didn’t go home at the normal time when a report was due in tomorrow morning, they’re the ones who worked through the night until it got done. They’re the ones who valued their annual leave entitlement less than their obligations.

Here’s another tip, one that might seem beyond your reach. Be lucky.

How, you probably think, can you create luck? Has he gone mad, has he been reading that great source of nonsense and gibberish, The Secret and thinking he can just wish himself good fortune? No, I haven’t been on the happy pills, but you CAN create good luck and it’s actually quite simple to do it. The real secret to good luck is to put yourself in places where lucky things happen.

Take every opportunity that comes your way to widen your circle of business acquaintances. Accept all invitations to training sessions, breakfast seminars and business gatherings. If your employer says there’s a new project that needs volunteers then be the first volunteer. It doesn’t matter whether it interrupts your Friday evening drinking session, your YouTube time or your time for doing nothing, put yourself in the way of opportunities for lucky things to happen. You don’t get lucky by staying in front of the TV.

Finally, and most importantly, be prepared to make mistakes. Every successful person in business has made mistakes. In fact, I suspect there’s a positive correlation between the number of mistakes made and success. That’s because mistakes often happen when successful people experiment. They had an idea, tried it out and sometimes they’ve been lucky, other times not so lucky. Look at a company like Apple who have had almost as many mistakes as successes, the important thing is that very few of us remember the failures because their successes have been so good. But they wouldn’t have had the successes without having made the mistakes first.

I’ll be the first to say that all of these ideas can be hard to do. But do you really think success comes easily?
Posted by Richard Harriman at 11:27