Hi Mr Harriman. I bought a ring worth P4300 in a certain company and it got damaged the upper part detaching. Their policy says they can either repair or replace or refund. I took the ring to them and they said they can repair in 2 weeks. Two weeks is over and they called me to say they haven’t found the parts to repair it and I should start counting another 3 weeks. I don’t agree because I have waited too long. The ring was 3 months old. Do I have the right to ask for an exchange or refund because I can’t wait for another 3 weeks. My marriage is new and it pains me to live without my ring. 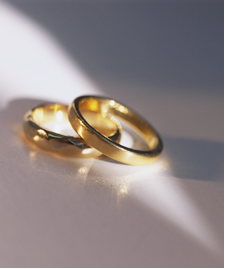 I agree with you entirely. You’ve waited too long. You spent a huge amount of money on an item that was incredibly important to you, something of enormous sentimental value. A wedding ring isn’t the same as a watch or a necklace, it’s meaningful and the delay that this company has caused you is completely unacceptable.

The store is right that they are required to offer one of the three Rs, a refund, repair or replacement. They’re also correct that it’s up to them to decide which of the three they offer you. However there a limits. They had three weeks to repair the ring and although I’m clearly not an expert on jewellery, I can’t imagine why it should take so long to repair a wedding ring. I think you have the right to escalate the situation a bit. I think you’re entitled to tell the store that they’ve had more than enough time and that now you expect a solution within a week.

I suggest you tell them that a repair or a replacement are now the only solutions you will accept. We’ll also get in touch with them and see if we can’t get them to accelerate things a bit.

Please help. Is Helping Hand International with its money pyramid a genuine NGO and is it registered in Southern African countries? 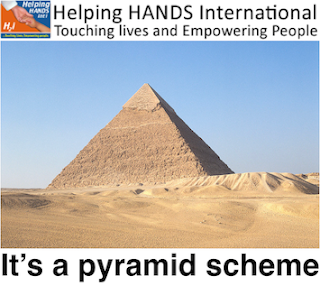 Helping Hands International is a pyramid scheme. The people marketing the scheme have described it as a “non governmental organization” attempting to “empower the less privileged people and orphanage homes”. They also claim that joining the scheme will offer a variety of things, including “passive income”, new cars, laptops, a “house of your own”, free trips abroad, loans of up to P500,000, scholarships and “residual income for life” but none of this is true. Not a single thing.

Some months ago I had a WhatsApp conversation with someone who was busily recruiting people into Helping Hands and I asked him “So you earn money by recruiting other people? I don't have to sell anything, just recruit more people?”. His answer was simple. “Yes Sir”. See, the scheme’s own recruiters even confess it’s a pyramid scheme.

They’re also liars. Their advertisements claim that they are “in partnership with Bill Gate Foundation, Hyundai Motors, Apple Corporation, HP” but in reality there are no such partnerships. Reputable people and companies like these don’t endorse pyramid schemes like Helping Hands International.

In summary, this is nothing more than a pyramid scheme run by people who tell lies. Like all pyramid schemes Helping Hands International will eventually collapse, leaving its victims disappointed, embarrassed and poorer. Do you really want to be a victim? Please warn everyone you know about them. Let’s spread the word and help protect our family, friends and neighbours.
Posted by Richard Harriman at 16:53