It’s all about your health

I’m not usually one for New Years Resolutions, mainly because the resolutions most of us make, to drink less, eat better, take more exercise, be nicer to our spouses and drive more carefully usually last a matter of days before we revert to our old ways. The health resolutions are also often the quickest to disappear. Before we know it we’re back on the chocolate and fried food because, well, it tastes so good and we’re all rather weak-willed.

In 2017 Consumer Watchdog has resolved to focus on something specific. Something ambitious. Something that underpins what every one of us cares about more than anything else in life. 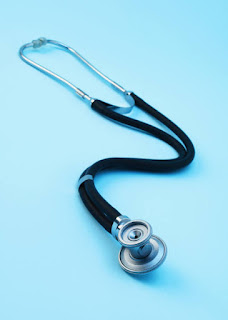 This year, everything we do is going to be about your health.

And this isn’t just for your sake, it’s also for the companies that sell you things. Despite what you might think, it’s in the best interests of the companies who sell you things for you to be healthy. Supermarkets, network providers, banks and insurance companies all benefit when you’re healthy, almost as much as you do. That’s because healthy customers spend more and go back to them over and over again. Customers who are unwell or dead make them less money so it’s in their interests to keep you healthy. Life and healthcare insurance providers are a great example of this. The longer you pay your premiums the more money they make from you and the longer it is before they have to pay for your operation, spectacles or funeral. But are you unhappy about this? You have a longer period of comfort, knowing that in the event of a disaster you and your family will be looked after and you’re not dead. Are you going to complain about that?

Everyone benefits when you and your loved-ones are in top condition. Your health benefits everyone.

We’ll also be talking about the threats to your physical health from the cast range of charlatans, crooks and scammers who do their best to promise us miraculous solutions to our health problems. It won’t be the first time we’ll be covering these issues but this year we’re going to be a lot louder. We’ll be talking about the people who approached me in a shopping centre car park just a few days ago handing out leaflets entitled “An end to ill-health”. I didn’t stick around long enough to see if they were selling religion or health quackery, it doesn’t matter. Such claims are illegal and immoral. They’re also incredibly dangerous. If only one person believes their lies and stops talking their medication for high blood pressure, cancer or immune problems then the peddlers of lies will have blood on their hands.

The same goes for the Multi-Level Marketing schemes selling vastly overpriced products and whose representatives make dangerous claims about their benefits. There are still people claiming that so-called alternative or complimentary products can cure cancer, diabetes, hypertension and can “boost” your immune system. We all know what they mean by that last one, don’t we?

We’ll continue to take them on this year as well.

But it’s not just your physical health we’ll be talking about. It will be your mental health as well.

Your mental health and your physical health are in fact the same thing. A healthy mind, as they say, leads to a healthy body and you can’t be completely mentally healthy if you’re worried about your physical health. You can’t also be mentally healthy if you’re worried by debt, unemployment and inflation. We’ll be talking a whole lot more about healthy ways to manage your money and how to spend wisely. We’ll also continue to go on and on about the scams, deceptions and lies you’ll hear from the endless line of crooks desperate to steal your money. We’ll be delving more in the foreign exchange trading scams, fake Bitcoin “investment” schemes and the ever-evolving variety of pyramid and Ponzi schemes.

And let’s not forget your cyber health. With so many of us connected to the internet, socialising and spending our money online, protecting our cyber health is now as important as protecting our purses and wallets. Many of us now know about the “romantic” scams where victims have sent away lots of money to the scammers pretending to be their loving boyfriend who claimed to have sent them a package containing money, jewellery and technology that’s now held up by customs authorities somewhere. We know that this is just the attest incarnation of the “advance fee” scam and we know that there is no package, no customs agent and not even a boyfriend. We know it’s all a scam. But if we all know this why do we still hear about women falling for it? Because we haven’t made enough noise about it yet.

Despite our efforts to educate people these scams still occur and people are still falling for them. The fight needs to continue.

Of course, we can’t do this alone. While we know a thing or two about critical thinking, scams and customer service we’re not doctors, leading-edge techies, investment advisors or lawyers. That’s why we’ll be reaching out to the people who are. Expect to see input from some of the country’s leading experts in their various fields over the coming year.

Maybe you’re prepared to be part of this effort? Are you willing to offer your energy to protect not only yourself but also your family, friends, co-workers and neighbours? Will you resolve to be healthier in 2017?

Then come and join us as we all become a lot healthier, wealthier and happier.
Posted by Richard Harriman at 15:50