I need your advice, I booked a restaurant for a private dinner on 2nd April as a birthday celebration. I was quoted P6,600 for this dinner (at P220 per guest).

No, of course it’s not. It’s completely unacceptable.

You had an agreement with the restaurant owner to host your function. You and he had agreed the details of this, including the price. The fact that he’s so useless that he double-booked the function is a matter for him to resolve, it’s not your responsibility. 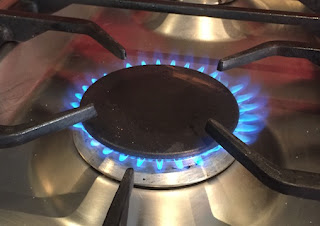 On the 5th March I returned the stove to the shop after realizing that there is gas leakage when the stove is off despite that the gas cylinder is closed every time after cooking. The shop owner refused to change or refund saying they have to take it back to the manufacturer to investigate the leaking. I tried to tell the shop owner that taking the stove will mean that I don’t have a stove to cook with. He brought an old used stove as a form of loan to me while he has taken the stove. He was to call me as soon as the stove is back from Gaborone where the manufacture which was supposed to be about two weeks.

When I got home with the loaned stove I realized that it has the same problem as mine and is worse so I never used it. I waited for the shop to call until I went to the shop on the 2nd April to check if the stove is back. To my surprise the stove was in the shop but they had never called to collect it. I was furious about that then collected it. When I got home the stove is still leaking. I have not told them yet since they had told me that they can not change nor refund.

That is when I decided to seek help from your respective office.

First things first. Are you sure the problem isn’t with the regulator or the pipe you connect to your gas bottle? It’s worth checking that it’s working properly first of all.

If the regulator is fine, then you need to go back to this slightly suspicious shop and explain to them that selling you a stove that leaks gas is firstly a breach of Section 13 (1) (a) of the Consumer Protection Regulations 2001 which requires them to offer products that are “of merchantable quality”. Section 15 (1) (a) also requires them to offer services (such as a repair) “with reasonable care and skill”. More importantly it’s also enormously dangerous.

Let me know what they say!
Posted by Richard Harriman at 08:51