I bought a HP laptop in August last year on higher purchase so I was to pay in instalments. Then in February my laptop got stolen and I had to produce a police report to get a replacement which was delayed because they didn’t have the same model I had bought. Because of work load at school I badly needed a laptop and I went back to them and they told me they had a second hand laptop they can borrow me so I don't struggle too much. They told me if it gave me any problems I should come back.

At the end of April when I woke up in the morning I tried to switch on the laptop but there appeared to be a broken screen which I did not understand because I slept placing the laptop on a flat table. When I paid my instalment at end of April I told them and they told me to bring it for technical screening, after I had written an affidavit to show I didn't know anything that caused the screen break. For the whole of May (which was exam time) I didn't have my laptop containing my work. I was not called at any point to be given feedback even though I had once went to the shop to check. This weekend I called the gentlemen who took it and asked how far. He told me he has not checked.

I haven’t had my laptop for 2 months but am expected to pay. I just feel a little cheated. The laptop cost P4,500. Please help?

You’ve been very patient but the time has come to get this sorted out. It shouldn’t take two months to sort out the replacement they owe you. You paid for an insurance policy included in your credit agreement and they need to honour that. While I understand how they can’t replace your laptop with an identical model, that’s just how the laptop world is, we know that models change all the time but they should be able to find something that’s roughly the same value, don’t you think?

Meanwhile I contacted the Managing Director of the company who owns the store and I’m sure he’s going to get things fixed for you.

More importantly there’s another lesson here. Backups. It’s what everyone forgets when they buy a computer, along with the cost of legitimate software. You MUST get some form of backup device. It can either be an external disc or these days there are plenty of Cloud-based backup services, like iCloud, Skydrive and Dropbox, all of which are free for people like you and me. It might seem like a bother to set it up but it’s not nearly as bothersome as losing your files when your laptop is stolen or destroyed. 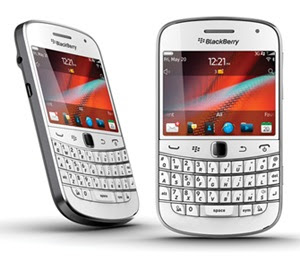 I am currently having problems with my Blackberry Bold 9900. I bought it last year in December. I was told that the warranty expires after 6 months. Earlier this month just 6 days before the warranty lapsed my phone went off during charging. I took the phone back on the 21st and they promised to have it functioning after 4 days. I went to them on the 26th hoping to get my phone, only to find out that it was not ready as they were still waiting for parts to be delivered from China. As if that wasn't enough no one could explain to me what their diagnosis on my phone was. I demanded to be given a new phone or a refund but they flatly refused and instead offered me a rundown Blackberry curve as a courtesy phone. Until today I still haven't heard anything about my phone apparently because their technician is off sick.

Kindly assist me in resolving this matter.

The first thing you should do is remind the store that Section 15 (1) (b) of the Consumer Protection Regulations says that they can’t quote “scientific or technical data in support of a claim unless the data can be readily substantiated”. In other words you deserve a full technical report on exactly what’s wrong with your phone.

You should also give them a deadline for resolving your problem. Give them seven days to either fix your phone or replace it with something similar. Remember that given that your phone is now six months old that’s what you can reasonably expect to receive as a replacement, not necessarily a brand new phone. But they certainly need to fix this situation.

Let me know how they react and if you need us to get involved!

Update: Yes, there are indeed plenty of Cloud-based backup services, like iCloud, Skydrive and Dropbox, but there's now a local, homegrown Cloud backup service called Replic8. Give it a look.
Posted by Richard Harriman at 16:04