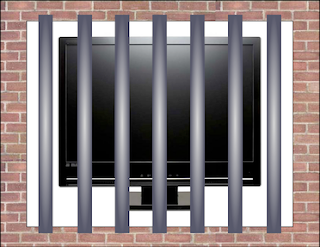 I purchased an LCD screen from a store for cash in 2010 and it got stolen the same year. I reported the matter to the police. I was advised to make periodic checks at any police station for recovered stolen goods and during my checks some time last year I found a set exactly like mine and the police requested me to bring my receipts together with my delivery invoices which I did.

Upon presenting these documents to the police we found that the receipts did not have the serial number on them this resulted in me not being able to lay claim to the set. I would like some professional advice on how I can make them take responsibility for that error on their part.

My question is can I get legal recourse or how do you advise me?

Firstly I don’t think legal action is anything you should consider in this situation. I can’t see that the store is in any way responsible for your misfortune. Yes, in an ideal world they would be able to supply you with the serial number but I can understand that they might not be able to.

I contacted the store and asked for their response to your situation. Ironically the problem is made worse because you bought the screen for cash. If you’d bought it on credit they would have kept the serial number in their records as part of the product insurance scheme they make you take out. Cash sales don’t offer that “insurance” (which is largely for their benefit, not yours). Since 2011 they’ve been keeping the serial numbers for cash sales as well but not in 2010 when you bought your screen.

I can understand your frustration but I can’t see how it’s the store’s fault. Do you have any other records of the purchase? Did you keep the original packaging? I’m certain that, like the rest of us, you don’t keep all the boxes for every purchase but it IS worth cutting out and keeping the bits that show the serial numbers. It’s also worth taking pictures with your phone of the serial numbers in case they get lost.

It might be worth going back to the Police and explaining your predicament and seeing if there is another creative solution to your problem? Sorry I can’t be of more help.

A few months later I got a call to say I should come and claim some money but because I wasn’t working I did not go.

When I lost my job my account had P1,200 as balance but recently when I wanted to open an account I was told I have a pending credit of more than P2,000 with them. The store manager told me that there is nothing he can do to help me.

With your experience on such issues what do you think I should do?

I think you should start shouting and screaming at them. OK, maybe not. Write a letter to the store manager demanding a full statement of your account from the time of your retrenchment to today. You should remind them that they have twice lost your documents and that you are extremely disappointed with the level of service you’ve received from them. You might want to point out to them that they are required by Section 15 (1) (a) of the Consumer Protection Regulations to deliver services “with reasonable care and skill”. They have clearly failed to do so.

I suggest you give them 7 days to sort things out or you’ll take whatever measures you feel are appropriate.

Let me know how they respond?
Posted by Richard Harriman at 17:18