Please I need your help. I and my fiance have been saving some money in his little sister's account, who is an ex-UB student. The account she was using was a student account. It happened the card expired on the way, and they blocked her cellphone banking which she was not aware that they intentionally blocked it. She thought it might some technical errors. On the other side us we were able to pay the money in the account without any difficulties. Last year November she visited the bank to renew the card that's when they told her that they have blocked the cell phone banking because she is no longer a student. They asked her to change from student card to either a current or saving, when she tried to cash the money over the counter they told her that she can not cash the money since they are still investigating the source of the money. Until today they are still investigating the source of the money. She tried to explain to them that they investigate us since we were depositing using pay to cell. Please help me to get our money back.

Before we start trying to solve this problem I have a few basic questions. Firstly, why were you saving money in someone else’s bank account? You realise that, as far as the bank is concerned, that money now belongs to your fiancé’s sister, not you, don’t you? Her bank account, her money. Were you perhaps saving it there to avoid bank charges? Were you exploiting the cheaper student account rather than using a more expensive account you might have? If so, the bank is likely to be unsympathetic to both you and the sister. Student accounts are meant solely for students, not for their relatives or friends. They’re not even meant for students once they’ve graduated.

You also probably bypassed the bank’s KYC rules, which is why the bank now wants to investigate the source of the money you deposited. Banks don’t force customers to go through the incredibly irritating ‘Know Your Customer’ processes because they want to, they do it because they are required to do by various regulators. I suggest that you write the bank a letter explaining where the money came from, showing them payslips if you have them or other proof of income if you don’t. Maybe you should think about opening your own savings account as well? 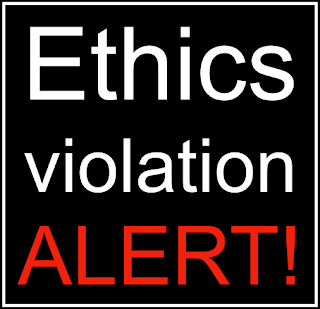 I received a text from CIPA that I must pay my annual return by the 10th of this month and if I don’t pay they will deregister the company. I paid money to the guy who does consultant services. He is the guy who helped me with bank account opening. I paid the money on the 7th and the guy promised to send me the receipt but ever since I paid he doesn't take my calls nor reply my messages. Sometimes if he takes my calls he pretends as if its network problems. My biggest worry is that CIPA might deregister my company.

So now am stranded. I don’t know what to do.

I think the first thing you should do is call CIPA. They’re reasonable people who will understand that you’ve being messed around by a shady character. They’ll probably welcome knowing that a guy like this one isn’t the sort of person they want filing for companies on behalf of honest people like you.

At the same time you should contact the guy and tell him that he no longer has your permission to do anything on your behalf. Tell him that he has failed to deliver the services you hired him to do and you demand a full refund for everything you paid him. In your position I’d give him seven days to refund you.

Finally, you realise that these days it’s easy to file these returns yourself? CIPA offer lots of guidance on their web site about how to do it yourself and it’s even cheaper to do it online that to do it by visiting CIPA’s office. It’s also easy these days to open a bank account, particularly a personal account. There are even banks that allow you to open a bank account entirely from your cellphone, you don’t even need to visit a branch to do it.

Opening a business account is slightly harder but if you have all the right paperwork it shouldn’t take you long. I suspect you’ll find it a lot easier to do this yourself rather than hiring someone as unreliable as this guy who just takes your money and then disappears. I’ll contact him as well and try to persuade him to do the decent thing.
Posted by Richard Harriman at 15:16