Was I right to repay them?

Good day. I need some advise. I bought a car through a bank loan in 2013 which was then repossessed in 2016.

The bank sold the car and the new owner bought it at about 140 000 and the balance of the loan was 144 000 which I continued to pay until early this year. I have just been advised by a family member that once the car is repossessed and sold, I was not supposed to pay the remaining balance for the loan since the car was not in my possession.

Is this true? If so would I still claim my money back. My question was if goods are repossessed and sold does one still continue to pay even if the goods are not in their possession? 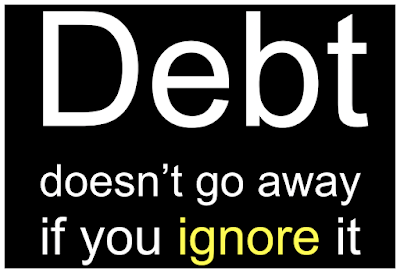 Unfortunately, your relative is wrong.

When you buy a vehicle (or anything else) through a bank loan and then you stop making your payments, the bank is entitled to do their best to recover the money they lent you. However, if they use either the loan agreement or a court order to repossess the vehicle that doesn’t mean the debt goes away. Your case is a good example of this. From the figures you mention, it seems that you still owed the bank P284,000 when the vehicle was repossessed although that might have included penalties, interest, debt collection, legal and court costs. The vehicle was then sold at auction for a mere P140,000, leaving a balance of P144,000 that you still owed to the bank. They’re entitled to get that back from you by whatever legal means they choose. If you look at your original loan agreement you’ll find it says they can do this and your signature on one page and your initials on every other page show that you agreed to this. It even proves that you “understood” the agreement, even if you didn’t!

However, I don’t think that lenders (and other companies) do enough to make it perfectly clear what will happen if you can’t afford to keep up the payments. I think they need to be a lot clearer.

I suggest that you explain to your relative that this is how borrowing works. I hope he or she isn’t spreading this misunderstanding too far! Trying to avoid our debts will only get us into even more trouble.

Must I pay if I break something?

I wanted to know, if a customer break an item on a shelve in a shop with no intent, but by mistake does the customer need to pay the shop for the broken item?

Yes, you need to pay. If they insist.

Think of it this way. Imagine I’m not a friend or relative, not someone you care about, I’m a total stranger. If I came to your house and accidentally damaged or destroyed something that was of value to you, what would you expect me to do? Wouldn’t you expect me to replace it for you, or at least make a contribution towards the cost? That’s what I would expect if the roles were reversed.

I don’t think it’s any different in a store. Remember that a store is just another private place, although one the public is invited to enter. If I enter the store owner’s premises and break something, don’t you think I should replace it?

Some might argue that the store has insurance that covers losses but don’t forget that the price of the item you broke will be way less than the “excess” amount the insurance company would require the store to pay before the insurance company pays out. Even if it didn’t, the store wouldn’t want to go through the hassle filling in forms, submitting claims and dealing with the inevitable delays. It’s much simpler for them to ask you to repay them for the amount they lost.

Meanwhile, if the item damaged was of little value, a pleasant store manager or owner might overlook it, particularly if it was just an accident. However, as we’ve all learned, not all store owners and managers are that pleasant.
Posted by Richard Harriman at 11:11