Why won’t they fix it?

I bought a black TV stand from a store in Palapye last month for P1830. On Friday 21 September I noticed that the stand is peeling. Looking closely I found that its not only peeling off but its cracking on the leg. On the following Tuesday I went to the store to lodge a complaint. The supervisor said there is no guarantee or warranty and there was nothing they could do to help me. She went further to say that its a first to hear of a situation of this kind since they started selling these TV stands. I then asked to see the store manager but he did not bother to come out of his office to help me, instead he told the supervisor to tell me that there is nothing that they can do about the situation.

Please help. I want an exchange or my money back.

A store manager that doesn’t want to talk to customers with problems? Let’s see how long his business lasts.

The current Consumer Protection Regulations are quite clear about your rights. Section 13 (1) (a) says that commodities or services must be “of merchantable quality” which means “fit for the purposes for which commodities of that kind are usually purchased, as it is reasonable to expect in light of the relevant circumstances”. So you can’t expect miracles but you can expect a TV stand to function as a TV stand for a reasonable time. However, there are certain situation in which this protection doesn’t apply. That’s if you agree to not having the protection of the law. A store can invite you to waive or abandon your rights and, if you agree to that, then the rights don’t exist. That’s why you’ll sometimes see a sign in a store saying that there’s either no warranty or a very limited warranty for certain goods they sell. Section 17 (1) (e) of the Regulations forbids a store from demanding consumers waive “the implied warranty of merchantability and fitness for use, unless a disclaimer is clearly and conspicuously disclosed”. So there must be a obvious sign saying this. However, the next section, 17 (1) (f) says that the store can only claim the consumer waived their rights if “the consumer has specifically consented to it.” I think that means something in writing.

I suggest that you go back to the store and explain this to them. If that fails, write them a letter complaining about their failure to honour your legal rights and copy it to us as well as the Consumer Protection Unit. That should make things happen!

Can she charge so much?

Richard I need your help to understand something. I borrowed P2,000 from a motshelo and I’ve been paying interest of 30% but at the end of August I did not pay and even this month I won't be able to pay as I don't have money at all. I explained this to the person who borrowed me that I’m not able to pay until end of October as I recently got a permanent job. Now the money is P5712 excluding August and September interest which is 30% each month. She is now threatening me that she will report me though I tried to explain my situation. How do I go about this? Is this right? 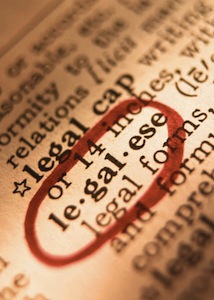 This is most certainly NOT right. I think the person running this scheme needs to be informed about a number of things. Firstly, she needs to know that despite motshelo schemes being considered an informal form of lending, they are still covered by NBFIRA, the Non Bank Financial Institutions Regulatory Authority. You need to get in touch with NBFIRA immediately and see if this scheme has been registered with them and if they can intervene.

Secondly, she needs to understand a piece of law called the “in duplum” rule. This says that when a debt is settled, the amount of interest must not exceed the capital amount outstanding. You only borrowed P2,000 so the interest on top of that can never be more than P2,000. That’s just the law.

Lastly, she needs to understand that even if the law doesn’t forbid it, 30% interest per month is outrageous. There’s even a word for it: “usury”. Maybe you should ask the woman running this scheme if she claims to be a Christian. If she does, ask her to examine Ezekiel 18:13. Then she should examine her conscience.

Meanwhile, and I don’t mean this to appear sacrilegious, I suspect NBFIRA will have greater effect over her than the Bible and her conscience.
Posted by Richard Harriman at 11:41