“I received an invitation from someone in Tanzania to attend a presentation in Gaborone and training on something called Magellan International run by a company called CGi Limited. Do you think this is genuine?”

Do I think it's genuine? Yes, it's a genuine scam.

The CGI Global web site says that their business involves  “Mobile Technology”, “Online Shopping” and “Cryptocurrency Mining”. They even claim to have their own cryptocurrency that they call “Betchip”. In a facebook post they claim that this coin can be purchased for “$1 per coin* and that there will be “a huge profitable opportunity when the coin will go as high as $10,000 or more” and that “all you need to make the profit out of Betchips is to invest now while stock last.”

One curious is that while CGI Global's domain was registered in USA they say that their services are “not available in … United States of America”.

It's a simple rule. Any scheme that offers return as massive as these, a 10,000 fold increase is going to be a Ponzi scheme.

A consumer had a credit card with Bank A. He paid off the credit card debt and moved to Bank B where he applied for a loan. However, Bank B told him that Bank A had "blacklisted" him at CRB because of an outstanding credit card debt.


“I went to the bank livid and I was told they don’t know what really happened and they wrote a letter for me to take to my new bank to assure them that they erroneously listed me at CRB. Théy promised to solve my issue first thing tomorrow morning. I couldn’t sleep last night wondering what the implication of being listed at CRB means for my credit rating because of someone else’s carelessness in their job. I want to know the implications even if they promised to remove me on Monday morning?”

Technically credit reference bureaus don't "blacklist" people. In fact, they record almost everything about our financial lives, both the good things and the bad things. That then enables other companies to judge carefully whether to lend you money, based on your recent financial history.

We contacted Bank A and the matter has now been resolved.

3. How to complain – The Official Consumer Watchdog Complaints Procedure

The old, three-step procedure was:
But even that is now outdated. The new procedure is even simpler.
It's 2018 and consumers are in control.

4. Is Jamalife legit or its just another Ponzi scheme? (Yes, again)

They describe themselves as:

They business has multiple levels called Builder, Sapphire, Ruby, Emerald, Diamond, Crown diamond, Ambassador and Crown Ambassador. Each of these contains sub-levels. They suggest that someone reaching Crown Ambassador will receive "R3,900,000 and a Range Rover worth R2,210,000". However, the maths are simple. To reach this level you and the people beneath you will need to recruit a total of 16,777,214 people. 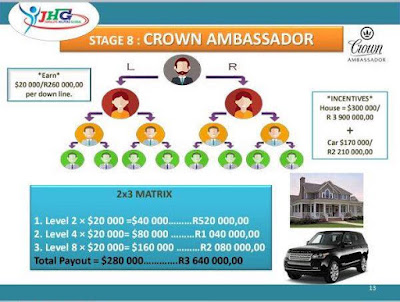 Hidden away in their web site is this:


"any rewards or earnings that are offered from Jamalife Helpers Global through the Business Plan is the result of members referring or signing up other willing members".

Their members are also quite open about how it works. 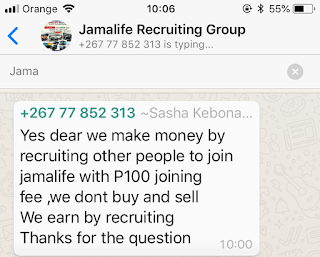 So there you have it. A pyramid scheme.


“do u have damaged organs, whether it's the eyes, brain, heart, kidneys, lungs, whatever in the body [...] If there's something wrong in our body it traces back to the cells, that's why targeting cells is the best problem solution because it helps with health in general and very specifically at the same time, which makes Crystal cell unique.” 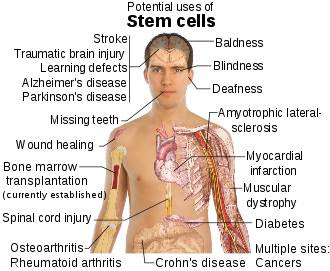 But Crystal Cell apparently contains plant stem cells, not human stem cells. So how can they have any effect at all?

This is obviously nonsense, and dangerous nonsense. There's a real risk that someone suffering from one of the conditions mentioned will swallow (literally) this ridiculous product instead of taking medical advice. Crystal Cell will then have blood on their hands.

NBFIRA announced recently that both Itekanele and Etudiant Medical Aids have been temporarily closed. For both, they say that:


“the effect of the closure is that Itekanele shall not be permitted to issue new medical aid covers and to advertise its products. Existing members are advised that the temporary closure will not affect their medical aid policies and consequent rights and responsibilities.”

Roughly translated, this means "Don't panic". Just think carefully about who you can trust with your health.
Posted by Richard Harriman at 16:30