I received a call on my landline phone from people who said they were from Hotel Express International,who told me that I have been offered a membership card for discount from some particular hotels.

I asked them repeatedly if I have to pay for it but I was told that is free. They had my 14 digits bank card number but they only wanted to confirm if they are true. Surprisingly, I asked where they got those numbers from and they told me that they got my details and recommendations from the previous hotel I used. I was later surprised to find that my money was missing.

I did not have any agreement of any sort with those people. What can I do to get my money back?

This is the seventeenth time we’ve written about Hotel Express International since 2010 and I doubt it will be the last time. Every single time the story has been the same.

Someone like you gets a call from one of their agents who explains their travel discount scheme, offering you discounts on hotels, car hires and flights. They normally explain that there’s a cost to join the scheme, usually just under R3,000. The experience in the past has been that they ask for your credit or debit card details telling you that this is to check either if you’re eligible to join or to see if you’re entitled to some special level of membership. Many of the victims who’ve contacted us have claimed that they didn’t give explicit permission for money to be deducted from their accounts but that’s exactly what happened. Without explicit permission they’ve been enrolled and their account is charged without, they claim, their consent.

Your story is different and even more worrying. The fact that they already had your card details worries me greatly. If what they said is true, someone in a hotel has given away, sold or perhaps even stolen your card details and that’s grossly improper, perhaps even illegal. I suggest that you call your bank immediately and explain that your card security has been compromised and your card was misused. Demand that they investigate. 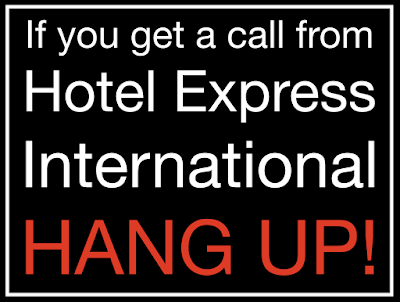 Meanwhile there’s another issue. Why would anyone want to pay to join a scheme that offers discounts that you can get elsewhere for free? You don’t ever have to pay the full rate in a hotel. There are endless special offers and discounted rates available for you to choose from. Just a few weeks ago I stayed in a hotel in Johannesburg and do you think I paid the full rate? No, of course not. I saw a special offer online that gave me a luxury hotel room at about half of the normal rate. Did I need to pay to join a discount scheme to get this special rate? No.

Must they reimburse me?

I’m writing about a problem I had with an air trip I recently undertook.

My plea is I want to be reimbursed for the over inflated air ticket I was forced to buy when I stopped over in Israel since I was not allowed to travel back home on allegations that I was told I needed to buy a connection flight from Johannesburg to Gaborone because I am not a citizen of South Africa! I ended up spending 3 extra days in Israel and I would like that money back from the airline. Can I get it back?

I suspect this might be more difficult than you might initially think. The first problem is that airlines are very anxious about flying people to countries in which they don’t have a right of residence, in your case South Africa. International flying regulations say that if a passenger is denied entry into a country for reasons that the airline could have anticipated then the airline is responsible for the cost of repatriating them. The airline would then be forced to pay for you to fly out of South Africa.

However, this doesn’t normally apply if you’re just in transit at the airport so I suspect you didn’t have a “connecting ticket”? That way the airline would have seen that you weren’t actually going to enter SA, just travel through it, not even leaving the airport. Even if it costs you a little more a connecting ticket is always a useful thing to have. Send us the details and we’ll investigate a bit further.
Posted by Richard Harriman at 16:24