I bought a brand new tablet for P1,400 on the 4th November 2015. I used it until the 28th of November when the screen just blacked out while I was using the device. I took it back to the shop since it had a warranty coverage of 1 year. They referred me to their technician who works at KB mall.

The first time I consulted him, he told me it was a virus. He fixed the device and within 3 days I took it back for the same problem, that time he said it was the battery. He changed the battery and I used the phone for 2 days and I had to take it back for the very same problem, the technician told me it was the devices belt. He fixed it and brought it back again. Within another 2 days, it had the same problem, I was referred to the same person and this time he said it was a physical damage on the tablet of which I was responsible of. This time the shop told me that I had to wait for the technician to go to South Africa to buy a new screen with which he will replace the current one and I will have to pay P250 to the technician. Since there has been no response.

Is there anything else they can blame?

It sounds to me like you are being given a sequence of rather pathetic excuses. Clearly they don’t have any idea what’s wrong with your tablet and they are inventing new explanations every time you take it back.

As readers will know Section 13 (1) (a) of the Consumer Protection Regulations says that suppliers must sell goods that are “or merchantable quality”. This is defined as “fit for the purposes for which commodities of that kind are usually purchased”. Clearly your tablet fails this test. It’s not of merchantable quality in any way.

When this happens you have a right to one of three possibilities, the three ‘R’s: a replacement, a repair or a refund. However, it’s not up to you to decide which of these you get, that’s up to the store. They have a right, for instance, to try and repair the device. That’s only reasonable but I don’t think they’re being reasonable any longer. They’ve tried to fix this device four times now and each time they’ve come up with a different excuse. I think you now have the right to say they’ve had ample opportunities to fix it, it’s now time to choose one of the remaining ‘R’s. It’s time either for a replacement or a refund.

I suggest you contact the store and tell them this. We’ll do the same and see if they’ll see sense.

Can the loan shark humiliate me? 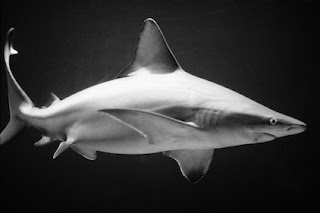 I have a loan from a cash loan in Kanye since December. My first instalment was supposed to be in January 2016, but it did not go through as there were insufficient funds. The manager then decided to come to my workplace to demand the payment. The embarrassment and humiliation was so much on my side so I told them that I would look for money to pay them. I also heard that they went to my place to demand payment. Upon hearing this, I wrote a letter explaining the situation to them and told them that I would pay month end of February.

Now, today whilst I was at work, the manager once again showed up, bear in mind that payday is only tomorrow, she told me that I should pay as they did not get the money. I was so embarrassed once again in front of my students. So my question is that is it legal for them to come and harass me at work? Are there no other ways that they can use to demand their payment?

No, they certainly do NOT have the right to harass you like this. Yes, they’re entitled to chase you for the money you owe them but they still have to do this reasonably. Humiliating you at you workplace and in front of your colleagues is not permitted.

I suggest that you speak to NBFIRA, the Non-Bank Financial Institutions Regulatory Authority, regarding this company and see if they can intervene. They can check that this company is actually registered with them and is operating in accordance with the rules NBFIRA have put in place. They can also warn the company to behave more properly in future.