Is it too late to return it?

So last week Friday 06 November I bought a Gamemon FT-31C3 racing wheel (gamepad) for P400 at a store at Game City and they told me it has a 7 day warranty. So yesterday which was the last day of the warranty it stopped working. This morning I took it back and the manager refused to repair or exchange it because I’m off by a day. How can i be helped? 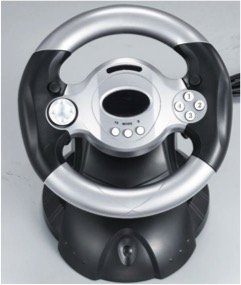 Sorry, I don’t think there’s much you can do. You were a day late taking it back to the store.

Most products from reputable manufacturers come with a warranty that lasts at least a year, some even longer. However some stores are either selling second-hand goods where the warranty has expired or they’re selling what are known as “grey imports” where they items have been sourced overseas and sold outside the region they were meant for. There’s nothing illegal or improper about doing either of these things, so long as the store is honest about it. In particular the store must be honest if they can’t support the warranty that the manufacturer offers because they’ve imported it in a strange way.

Specifically a store can’t disclaim or limit the warranty that might come with a product “unless a disclaimer is clearly and conspicuously disclosed”. They’re also not allowed to say you have no rights, or even just limited rights, unless a waiver was “clearly stated and the consumer has specifically consented to it”.

Unfortunately it seems like you DID waive your rights and you did acknowledge that the warranty was only for seven days when you bought the item. The sad thing in your situation is that although the device stopped working on the seventh day, still within the incredibly short warranty period, you didn’t return it until the following day when the warranty had already expired. So unfortunately you’re out of luck.

The lesson is simple. You can reasonably expect any item you buy to work perfectly for the length of the warranty that is offered but not a moment longer. I don’t think that anything that comes with a seven day warranty can be trusted, do you?

Can I expect the right color?

I am busy renovating a house, and went to a store to buy a new kitchen and I spend about P80,000. To make my story short, the colours of my kitchen I ordered, is not the colour supplied to me. Now they say I have to pay extra to get the right colour and I can keep the old doors.

Have the staff at this store been smoking something illegal? They delivered the wrong colour items and they say you have to pay extra to get what you ordered? Clearly they’re not thinking rationally.

The Consumer Protection Regulations are very clear on this sort of thing (as is basic contract law). Section 13 (1) (a) of the Regulations says that a supplier of a commodity has failed to meet minimum standards if “the commodity sold … does not match any sample or description given to the consumer”. If they said they’d deliver goods that were a particular colour then that’s what they must deliver, it’s as simple as that.

Section 15 (1) (a) says that a supplier must also deliver services “with reasonable care and skill” and delivering the wrong color items is hardly doing that, is it?

I suggest that you write the store a letter saying that they have failed to honor your contract with them by delivering the wrong products. State very clearly that there is no way under the sun that you’ll be paying them even one thebe because of their mistake. Then give them seven days to confirm that they’ll either supply replacements as originally ordered or will suggest some form of discount for delivering the wrong color items.

Make it perfectly clear to them that you expect them to resolve this situation and that if they don’t you’ll take any legal action against that you see fit.

And send me their contact details and we’ll get in touch with them as well!
Posted by Richard Harriman at 09:17