The Australian Competition and Consumer Commission has taken action against TVI Express for promoting "the alleged pyramid selling scheme".

The US State Of Georgia's Office of Consumer Affairs has issued a "Cease and Desist" order against them.

Then, a lot closer to home, the Bank of Namibia has outlawed them.

Just last month they were declared illegal in Indonesia.

They also appear to have been shut down in South Africa. 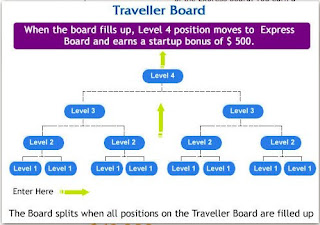 BUT, they're still operating in Botswana, taking people's money and lying to them, promising them huge returns. Remember this is a scheme that has no product and which offers money solely based on recruiting other people beneath you. That's a pyramid scheme. Anyone running TVI is either a cheat or a fool. One day soon they might also find themselves as a convict.

Read this coming Friday's column in Mmegi for details of one recent victim.

P.S. Does anyone recognise this couple, who the TVI Express web site says are from Botswana? The other people they quote don't appear actually to exist. Do these people?

Posted by Richard Harriman at 18:03